In May 2014, two postal stagecoaches drawn by four and two horses successfully finished 800 km ride from Latvia to Warsaw. Following the historical traditions, stagecoaches were not travelling empty. Representatives of municipalities along the route handed in letters and small parcels to the expedition participants in the roles of postmen, who delivered them to the addressees further on the way. The municipal officials ir Warsaw received from the postmen the last letters and parcels.

The expedition „Postal Road Latvia-Lithuania-Poland 2014”, carried out under the leadership of the President of Lithuanian “Wanderers’ Club” Gintautas Babravičius, consisted of 16 people and 10 horses of the world famous Lithuanian Samogitian beed who drove two replicas of the 19th century postal stagecoaches. The four-in-hand weighing 1 500 kg, and two-in-hand, weighing 1 000 kg attracted attention of passers-by, who were stopping along the route to take pictures.

The expedition horses were bred and trained at the Vilnius Branch of Lithuanian Stables. Despite 10 months’ training, the first ride of such a long distance for horses was not easy. Weather conditions were not always favourable - heavy rains and wet gravel at times required lots of efforts. First disturbed by passing trucks, especially in Poland, the horses later on got used to heavy traffic and reached Warsaw successfully.

Another goal of the expedition was to revive the name of the Postal Road “St. Petersburg – Warsaw”, and to evoke the tourists' interest in its history and heritage. Once arriving in Warsaw, tourists could choose an option to continue their journey by the Postal Road to St. Petersburg visiting historical objects located along the route if they had sufficient information about touristic facilities and available services.

The entire length of the Postal Road stretching from St. Petersburg to Warsaw, and interconnecting Russia, Latvia, Lithuania and Poland, is 1200 km. Laid back in 1836 with an excellently-functioning postal and horse resting infrastructure, this most modern road of that time was the shortest way from Western Europe to the North. In the 19th Century, the postal stagecoach express from Warsaw managed to reach St. Petersburg in two weeks.

The optical telegraph laid along the Postal Road in 1836 at that time was the longest in the World. It was a system of semaphores, which can now be considered as the ancient SMS equivalent. Signals travelled from the roof of the Winter Palace in St. Petersburg. The remains of this semaphoric system have partly survived in Winter Palace (St. Petersburg) and in Utena Old Post (Lithuania). Many small towns in Russia, Latvia, Lithuania and Poland witnessed their expanse due to the building of the Postal Road.

The four-in-hand reins during the whole journey were resting in Sergejus Feoktisovas’ hands. He is one of the two most famous four-in-hand coach drivers in Lithuania. Horses' health and welfare were trusted to veterinary doctor Audrius Kučinskas and the team of coachmen and grooms: Dainius Norkūnas, Aidonas Užubalis, Audrius Stanilionis, Simona Dabulskytė, Mantas Juodkūnaitis, Rasa Basiul and farrier Pavel Nalivaiko. The drawing horses were given water and rest several times a day, and replaced approximately every 25 km.

Following old traditions, people from municipalities located near the Postal Road entrusted letters and parcels to the expedition postmen, asking to deliver them to the adressees living further along the road. On arrival of the postal stagecoaches, members of municipalities organised celebrations for expedition participants and for local communities. Municipalities supported the expedition by providing horses with pasture and hay, and crew with bread and board.

The third goal of the expedition was to strengthen friendship and build interregional cooperation with neighbouring countries. According to Gintautas, the Postal Road uniting Russia, Latvia, Lithuania and Poland is a good reason to reconsider the common history of the four nations, viewing events of the past two centuries from new perspective, putting emphasis on positive aspects.

The idea to organise the expedition was born in Gintautas’ mind after the „Wanderers‘ Club“ long-riding trip in 2010 by Samogitian breed horses from Old Trakai (near Vilnius) to the Black Sea. The following year, a horseback trip from Vilnius to Krakow was organised, recreating the 16th century funeral journey of the Sigismund II Augustus' deceased wife Barbora Radvilaitė. The Postal Road expedition was the third journey of this type in the history of „Wanderers' Club”. 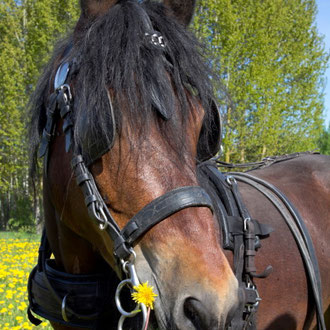 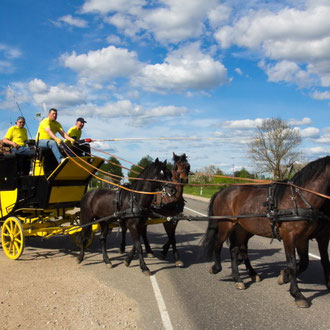 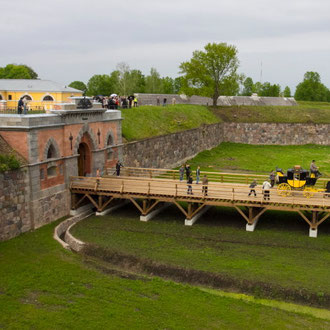 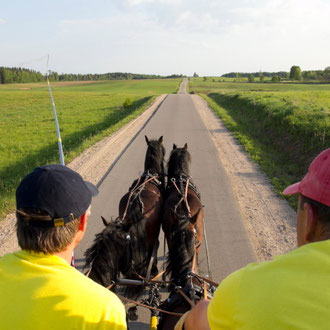 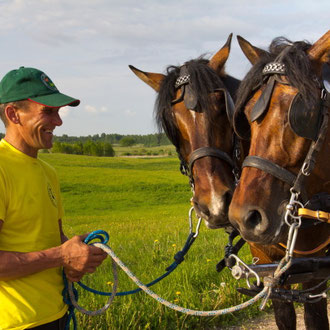 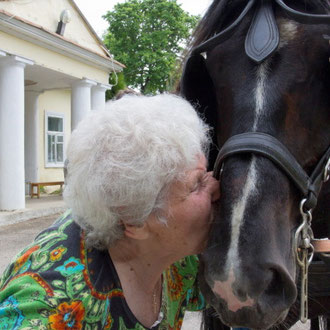 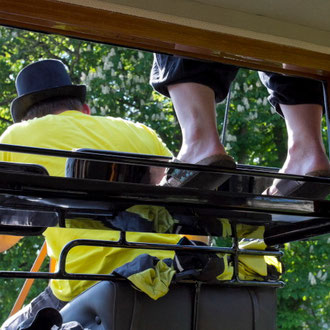 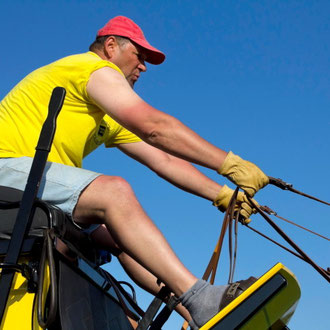 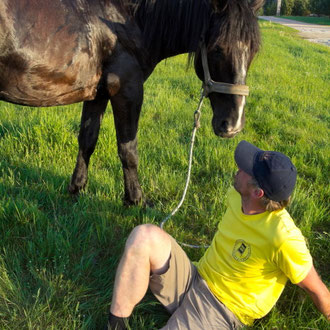 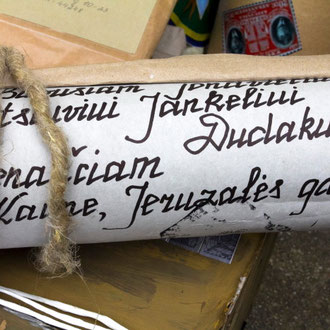 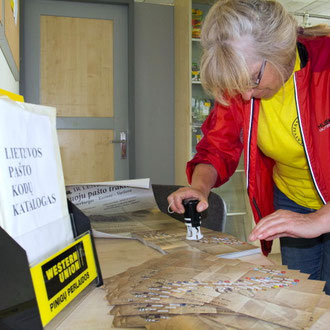 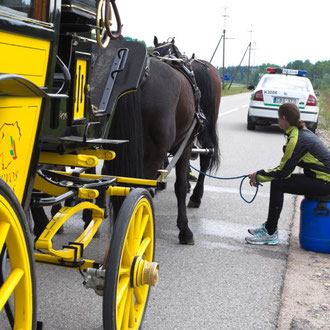 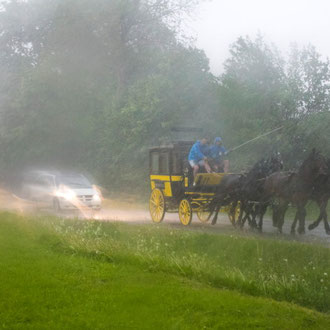 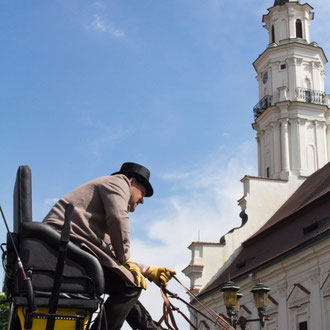 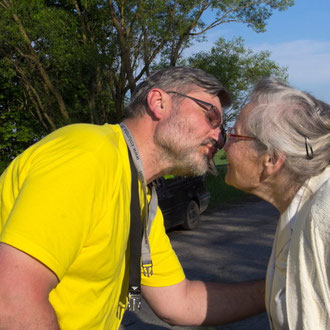 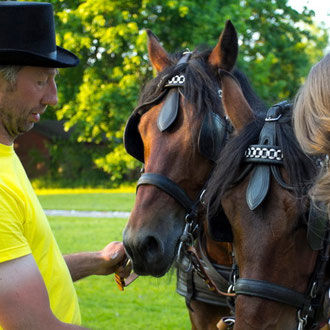 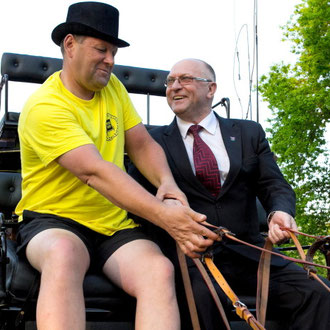 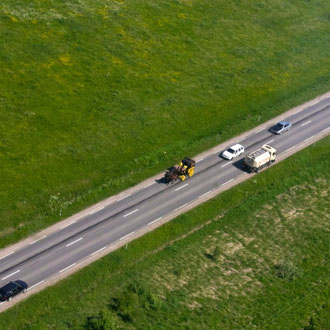 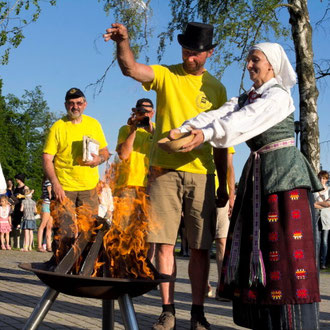 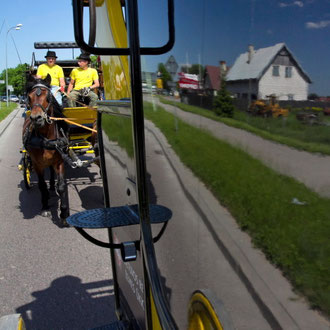 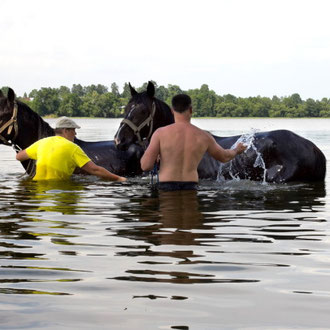 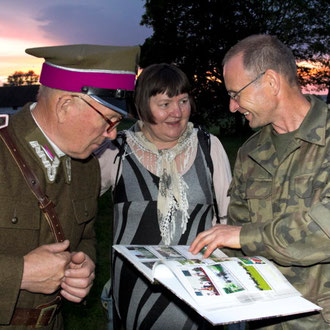 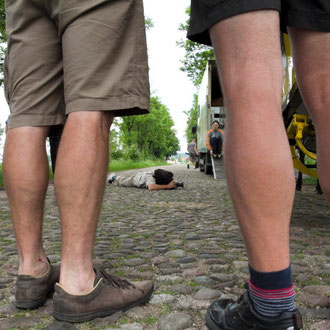 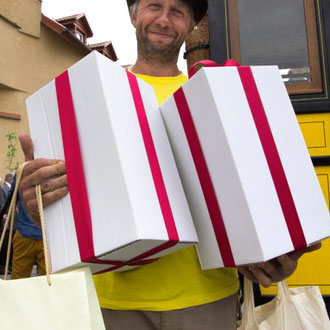 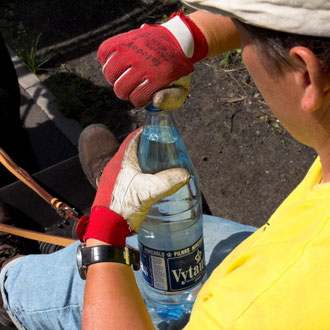 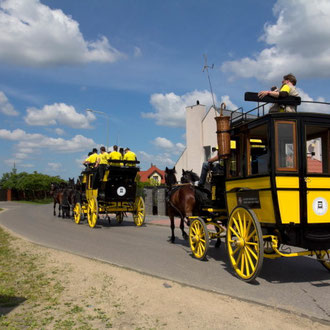 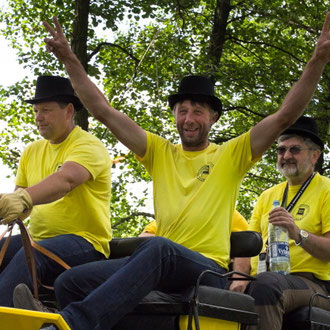 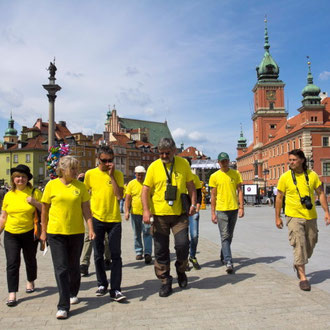 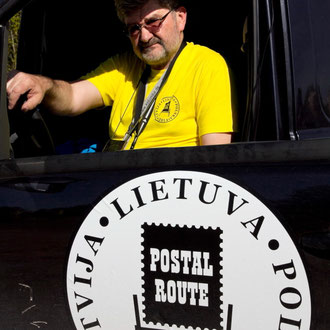